If you think that just because Las Vegas is in the middle of the desert, driving is a piece of cake? Guess again. The traffic in this area is horrific. As a driver, you must be alert, engaged, and able to make quick decisions while maneuvering throughout the city.  But how can you be all those things with so much happening in Sin City? 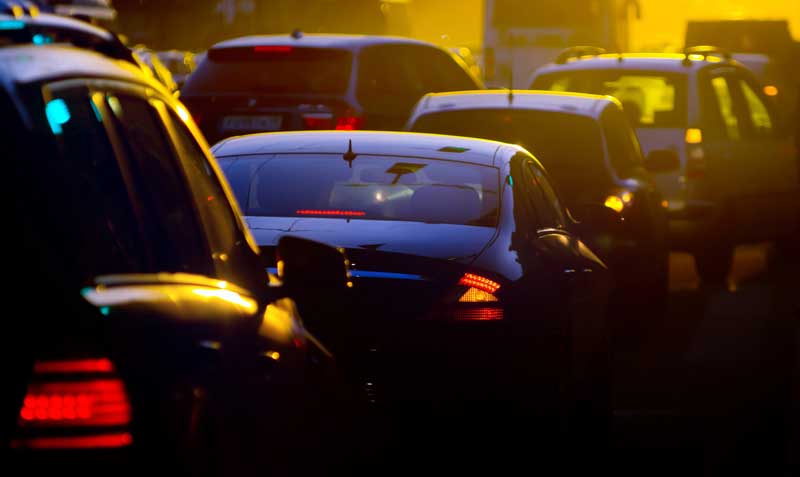 Over the last 40 years, the population in Las Vegas has increased more than anyone would have expected.   With more than 2 million residents, Las Vegas is quickly becoming one of the most populated cities in the United States.

Too Big Too Fast

Think of the term “bottleneck” and imagine that’s our city streets.  In 2013, the I-215 that encircles the valley was completed. In theory, this allows commuters to make it from one side to the other within forty-five minutes. However, there is still slow traffic and a rising number of car accidents in our community.

Why The Traffic Jams?

One of the biggest problems is the number of tourists. The tourists keep things moving slow. They don’t know their way around Las Vegas or the freeway systems as well as locals.  So, while they’re texting on the cell phones, making calls, and roaming around hoping for help from the GPS, they’re slowing down traffic throughout Las Vegas. 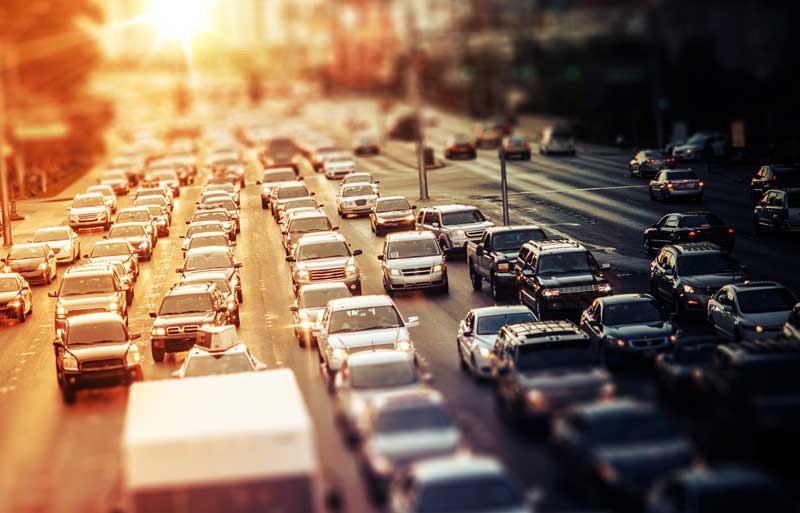 Each state breeds their own, unique, driving style.  Las Vegas is a “transient town”, they say.  It is full of transplants moving for work opportunities, thus collecting a variety of different driving styles.  For instance, those from Utah will run you over even if you are going the speed limit. California drivers are notorious for lane switching without signaling and doing it at a constant pace. Those from Nevada like to get too close to another’s bumper and tail-gate for long distances.

Funny experiment idea: Next time you’re stuck in traffic, monitor the plates around you.  It could be one of the reasons why you are at a stand-still.

Full of bright, blinking lights, nothing is more distracting!  Add to that the nerve-wracking people congesting the strip end-to-end. Sure, all those lights and signs are old news to us, locals.  But tourists still slow to a crawl just to get a glimpse of it all for the first time.  If you have to go down the strip to get to work, just be sure to tack on an additional hour to your commute, or get to know the backstreets that run parallel to Las Vegas Blvd, like Koval and Dean Martin, for example.   These back streets will still get you in proximity with the parking garages attached to the casino hotels and help you avoid strip traffic congestion. 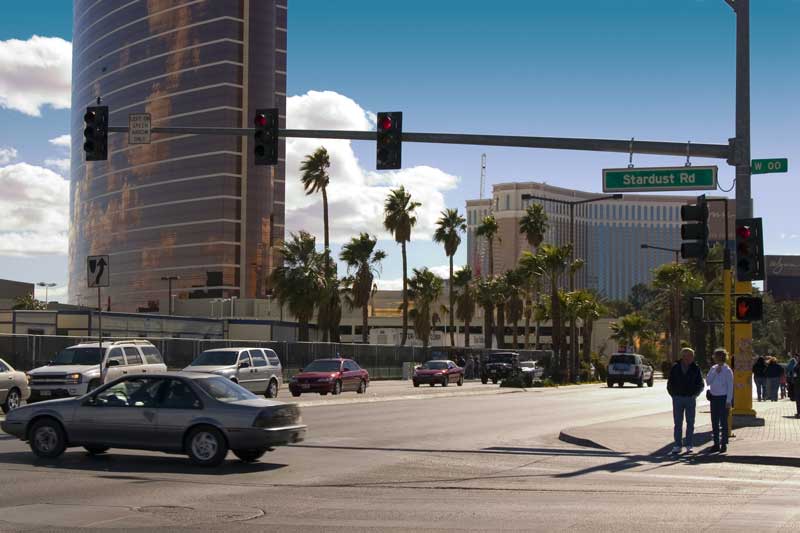 Construction is just a fancy word for “sit in traffic for long periods and be late”. Of course, everyone complains about construction, but most of those people haven’t had to sit in the “Spaghetti Bowl” on a Monday morning. The locals dubbed the place where I-15 meets the I-95 meet as this famous dish.

Thing is, Nevada receives federal dollars on an annual basis for the upkeep of our roads. If those dollars aren’t redeemed, the state loses out on that money altogether.  Hence, newly-paved roads are under unnecessary construction 1-2 years after they were originally paved.  They don’t really need to be repaved.  Case in point:  St. Rose Parkway.  A beautifully-paved, six-lane road that was completed in the mid 2000’s only to be under construction again in the late 2000’s. What about Warm Springs?  It’s been under  construction since Winter 2014.

The Las Vegas spaghetti bowl transports more than 300,000 cars each day. The mess was built in 1968, and has been a constant source of traffic congestion and car accidents ever since.

Driving through the “bowl” breeds a special brand of misery that is nothing short of suffering.  Plan to sit on the off-ramp for at least 20, extra minutes just to get to the bottom of the bowl.

The Worst Intersections in Las Vegas

According to statics the most common reason for accidents here is not paying attention to the traffic devices and speeding? What intersections should you avoid like the plague? Charleston and Lamb Boulevard is the most dangerous in Las Vegas; local news reports that more accidents occur at that intersection than any other.

Sahara Avenue and Rainbow Boulevard is also a close-second followed by the entire stretch of Tropicana Avenue from East to West. Avoid these streets and intersections as often as possible.  If you do have to drive through them, use extreme caution. 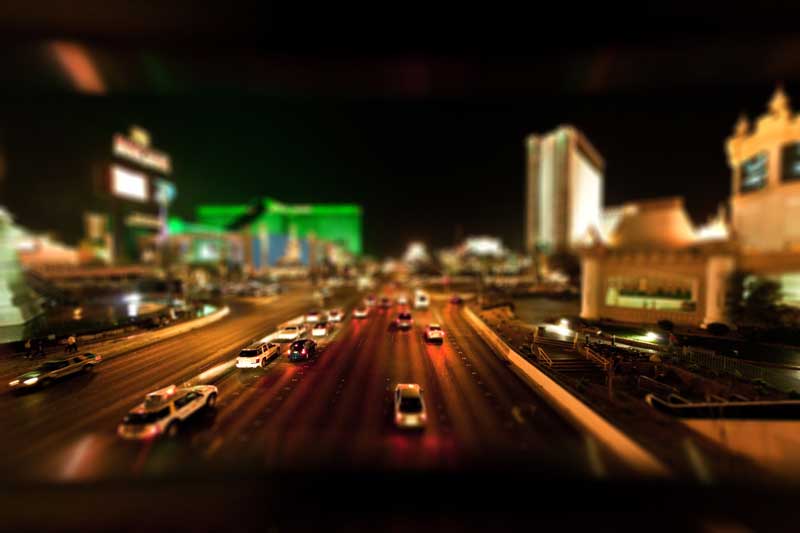 We just have learn to navigate our way through Las Vegas’ traffic. Avoid anything that could distract you while driving. Be sure to look out for pedestrians, bicycles, motorcycles, and those famous tourists that come to our mecca for a chance to hit it big and go home rich.

Oh and most importantly, learn the roads. If there’s an accident on one road, you need to have “plan B” as a backup. The most important thing you can do in Vegas is to buckle up! It’s going to be a long and bumpy ride.

We’d like to hear where the heaviest traffic is in your neck of the valley.  Find us on Facebook and tell locals what streets and intersections to avoid!

Our European Autos just don’t get to be driven the way they were meant.  It’s like keeping a large pit bull in a tiny apartment with no backyard; there’s just no room to let these fast, sharp, strong european brands let loose on the open roads!  As a result, they wear-and-tear faster in all the stop-and-go traffic here in Las Vegas.  Factory-recommended maintenance is required to keep your BMW or Audi in great shape.  For luxury European auto repair service, schedule with Desert Oasis now.